I'd be happy if they just got rid of four zeros.

For analysis sometimes deeper than I could understand hop on over to New Mandala.
No comments: Links to this post

Opium and Laos, a hard habit to kick 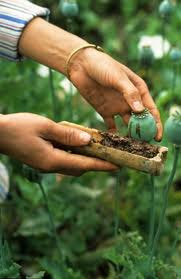 I was back on my old computer but this time using Chrome as a browser which worked and I found this older article from The Economist which I'll link to here. No photos are mine.

Golden Days The Hills Are Alive With Opium Once More

It's a good article and worth the read. The setting is in not just Laos but Luang Namtha Province, not so much because Luang Namtha is in the Golden Triangle tri border region of Thailand, Burma, and Laos but because of all the opium producing areas Luang Namtha is probably the easiest for a reporter to get to, there's even an airport.

What the article is saying in a nutshell is that many farmers after being poor for a couple of growing seasons are switching back to growing opium. It helps that the market price has shot up to $1400 a kilo, Seems like it was only a couple years ago when $600 was considered pretty good. 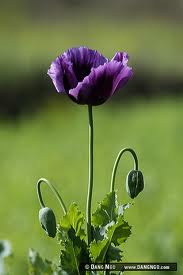 Besides newfound prosperity are the other clues.

The fields on the distant hillsides away from all the others and not looking like rice or corn. The tiny paper wrappers from the double packs of aspirin used to mash into the old ashes and mix with a nice new heated ball so to be smoked and allay the headache. The place on the ground next to the wrapper at the trail junction where you can see someone stopped to lay on their side to smoke, and the leaves are matted down just like when a deer lays up.

Update 12|16|10 Radio Free Asia has a new piece on the 2010 harvest which they must have solid numbers on by now. Laos has the sharpest increase in cultivation as a percent of thier 09 figures. They now produce about a twelfth the amount of Burma, quite a bit for little old Laos.

One time a few years ago when I mentioned my reservations about the US suppression efforts to a friend at the embassy he said, "well you know it's not as if the Lao Seung are rich people or anything". And it's true, they aren't rich, but most aren't poor either, mostly they are doing ok, and some are even doing better than that. If the Lao Seung (uplanders) are forced to live without their cash crop it does make a difference. It's not as if their lives were abject misery and could get no worse. With opium yes they are poor, but they can buy hard goods and maybe rice when the grainery is empty.

Pretty flowers all the way up to the Mekong and China. 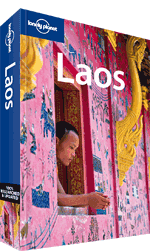 I usually greet the publishing of yet another addition of the Lao guidebook with a yawn. It's always fun to see what guest house got mentioned or not and what the new spin on certain towns is, but as far as reading and new views.... well... not so much.

Links on LP site just below the photo of book

I have an idea this edition might be different.

First of all a hat tip to Ms. Straycat who writes the insightful blog lao*miao* , for sending me the heads up and link to the new edition.

I already was aware that Austin Bush a food blogger from Bangkok was working on a new book. There was more to Austin and the guide than I realized.

From the bio and the photo in the portions of  the guide available on line Austin is unlined, young, probably young 30s at the oldest. I've listened to enough of  the "back in the good old days before steam power Laos communication was by elephant courier" and all that stuff. The good old days are now.

Austin speaks Thai, he studied it at Chang Mai University, and being "not old" he might well be fairly fluent. I'd bet some money he also can wing it in Thai Nua and now some Lao, and Lue too. It can't be overstated how helpful speaking the language can be. When I read a guidebook I want an insiders view  telling me things most people wouldn't be able to find out. From his blog, Austin actually has opinions, and from snippets of the guide he's subtle enough to let them leak through on to the pages for anyone willing to read carefully.

The contents I can see look very different. The index begins with abseiling and ends with ziplines. Udomxai gets three pages not three paragraphs. Ou Tai, Ou Neua, and 9 pages on Phongsali Province. I wouldn't be happy to see my favorite places over run but it's nice to see something besides Vang Vien and Luang Prabang. Fifteen National Protected Areas (NPAs) are covered!

Austin had two other people assisting, one of whom lives in PP and so is a local of sorts. Safety in numbers, best to have more than one person to blame mistakes on.

Another part that stuck out for me is that there is a trekking eco tourism portion written by someone fluent in the languages and who has worked for and with many of the international orgs developing hopefully sustainable tourism in Laos. (Must be tough to be known as the inventor of Vang Vien.)

On the down side.... "join pious locals in making a ceremonial offering to the saffron-robed monks during their tak bat dawn procession" Translation "join a million other camera snapping rude tourists by getting right in the face of some monks". When they make me king of the earth I'll make using the phrase, "saffron-robed monks" a capital offence. In fairness it's probably in the fine print of any LP contract with a writer for SEAsia.  "Every guidebook writer shall upon pain of not recieving pay use the cliche "saffron robed monk" at least 15 times  further writers about Luang Prabang must suggest becoming Budhist for a quarter hour at tak bat."

Another downer, the guidebook was researched and written before the Northern Lao/Boat Landing cookbook, (wonder if a shorter way to say all that has evolved.) I'd think it pretty difficult to get a handle on a culture's cooking in a country with hardly any restaurants and those that exist sell mostly restaurant food. I can't imagine learning the food outside of a kitchen of a resident, and until now there was hardly any literature explaining what it is you're looking at.

Should be shipping sometime after Christmas.
3 comments: Links to this post